Affiliate Disclosure: Hey! By the way… any links on this page that lead to products on Amazon are affiliate links and I get paid a commission if you purchase. These commissions will never come at a cost to yourself.

Quite so many people are out there seeking to know how they can connect wired and wireless speakers together. Well, it is not an easy job actually, but, it could still be done easily with the right tools.

This article will be quite extensive; it will contain how you can convert wired speakers to wireless, and how to connect wired and wireless speakers together at the same time.

Speakers (wired or wireless) require an audio signal, power, and amplification before they can produce sound.

For wired speakers, a physical amplifier is needed, and they do require quite a lot of other cable connections to work properly.

On the other hand, wireless speakers come along with inbuilt amplifier system, as such, they don’t require an additional physical unit to function.

You’ll have to connect wireless speakers to your sound system or a sound source via Bluetooth, IR (infrared light), or Wi-Fi.

Since the introduction of WiFi and Bluetooth enabled speakers, everyone is beginning to prefer wireless speakers over wired ones.

Even, most people have gone to buy wireless speakers to replace their existing wired one. No! Don’t replace them yet.

You can still use wired and wireless speakers together. Interestingly, setting up both isn’t as stressful as you imagine.

They are typically stocked with the finest, robust components which are quite better than the refined, optimized components on the wireless speakers. So, what’s the point? Wired or wireless?

Technology evolutions have made a lot of people prefer wireless gadgets and devices over wired ones. However, it’s obvious that wireless gadgets, equipment, or device offer more convenience.

In the aspect of speakers, although there are different types of speakers, there are more wired speakers than wireless ones. Now, people see the wired ones as archaic and tend to switch wireless speaker.

This way, you won’t have to throw away your good speaker because it is wired and replace with a wireless one.

We are in the next generation now, and a lot of technologies are emerging on a daily basis.

In order to make this post easier for everyone who reads it to understand, we are going to break it into segments.

Wired speakers: all you need to know

However, there is an aspect whereby wired speakers tend to be advantageous than wireless counterparts. When using a wired speaker, you have a higher level of control over several aspects than in wireless speakers.

In all-digital sound systems, a digital-to-analog converter (DAC) is needed to convert the digital 1s & 0s to analog signals; then, an amplifier is also needed to increase the signals so that we can hear the sound clearly.

Surprising as it may sound, but even smartphones and any portable media player has a DAC engine coupled with a minimal amplifier inside.

In wired speakers, you have some level of control (if not full control) over these two components. This is because you’ll have to buy a separate amplifier and a DAC (some boxes come with these two combined).

Thus, you can buy a specific type of amplifier, e.g., a tube or solid-state amplifier; the former deepens the bass output of the sound you hear, while the latter ensures pure, digital clarity of the reproduced sound.

Although you will have to connect speaker wires to respective ports on an amplifier when setting up a sound system for your home using a wired speaker, the connection is quite intuitive.

The ports are typically well-labeled so you will know where to input them respectively.

The major disadvantage of having a wired speaker is that you’ll have to get a separate amplifier for it to functions properly; however, you will have full control over all the aspects of the speaker and how sound is being reproduced.

If you still think wired speakers are stressful or old-fashion, and wish to switch to using wireless speakers, then, carefully read what we have in the next section of this article.

Wireless speakers: all you need to know

Of course, who doesn’t like modern things? Wireless speakers are the upgraded version of wired speakers. They have quite a lot of advantages over wired speakers.

Irrespective of whatever audiophiles may have said, wireless speakers do reproduce amazing sound and bass with stunning clear details. If you’re planning on getting a wireless speaker, here is what you need to know.

Unlike wired speakers, you do not need to buy a separate amplifier to use with wireless speakers. Plus, there’ll be no wire that will shatter on the floors on any surface.

For wireless speakers, no physical connection is required except that you will have to plug in the speaker’s power cord to a wall socket; however, some are battery-powered.

Thus, you won’t have to deal with any sort of wire.

Wireless it is, you will have to connect this speaker type to a sound source via WiFi or Bluetooth; no wires involved. Everyone can easily set up wireless speakers irrespective of how many they are.

However, there is a disadvantage of using wireless speakers. Remember we said you have total control over the finer aspects of your speaker when is a wired speaker due to the incoming of a separate amplifier.

On the other hand, it is quite difficult to control how sound is being reproduced on wireless speakers.

Nevertheless, some mobile apps have been created by various manufacturers so that people using their speakers can easily control the outputs.

While there is a way to control wireless speakers virtually, the quality of a dedicated (physical) amplifier system is far better than that of virtual amps for controlling wireless apps.

We don’t like to perpetuate arguments between wired and wireless speakers which deliver higher quality sounds. The two types of speakers work great and reproduce good sound.

You can use wireless speakers for multi-room sound playback from different sources.

This is more like our main focus for this article; how can you get wired and wireless speakers to work at the same time. It is not an easy thing to do, actually.

To make this work, you need to get a wireless receiver and transmitter. The receiver will get the audio from a source and transmit it to your speakers wirelessly.

Surprised? Yeah, you shouldn’t throw away your old wired speaker because you’ve got a new wireless unit; here’s how to get them working together.

For this article, we are using the Amphony iFinity Wireless Transmitter/Reciever; this set works for subwoofers and surrounds speakers.

This is how the device works; it first allows you to convert your wired speaker to wireless speaker and now synchronizes it with the other wireless speakers for them to function together.

Read through this section carefully to grab all the details so you can run this action efficiently without wasting more time.

So, we need to buy this wireless transmitter/receiver, to begin with, this process of converting your wired speaker to wireless speakers.

Wireless-speaker conversion kits are not actually wireless themselves; they come along with cables (AC adapters and connection wires) with which they function.

Yeah, they come with these wires to use and connect with your traditional speaker(s) because the speaker(s) does not feature amplifiers which is a must component needed for sound reproduction.

This works via a simple, understandable process; audio signals from a sound source come to your transmitter, then, the transmitter moves it to the receiver which then transfers the sound to connected speakers.

This audio equipment comes with a transmitter, as well as a receiver; however, it doesn’t work for passive speakers.

Connecting the receiver unit to a physical amplifier is possible. Both units (the transmitter and the receiver) look alike and weigh the same. Interestingly, this set transmits full-frequency sound for active speakers.

How to use iFinity Wireless Audio Transmitter

It is quite simple to use this set since it already comes with the two required units (a transmitter and a receiver).

Once a sound is produced from the source connected with the transmitter, it is immediately transferred to the receiver unit (wirelessly) which equally transfers the sounds to your wired speakers immediately.

Although this process may appear long, it happens in milliseconds.

We have tried to extensively show you how possible it is to get a wired speaker function as if it is a wireless speaker.

Actually, as we said earlier; converting a wired speaker to wireless doesn’t mean the wires will just vanish; the wireless connectivity is between the transmitter and the receiver unit which is done via infrared light, Bluetooth, or wifi.

Some people may still be wondering how they can connect both wireless and wired speakers at the same time.

Well, that is practically possible when you involve a versatile home theater system which can connect to an amplifier, as well as support direct wireless connectivity.

This way, you’ll connect your wireless speakers directly, while still connecting the wired speakers via the method discussed above.

You may not get a good sound when you practice this connection, especially when the speakers are not the same model and/or from the same manufacturer.

The configurations of speakers differ from model and manufacturer. This may lead to unpleasant sound output when you connect wired and wireless speakers together.

However, audio experts can be able to balance the sound output in such connections.

While we are already in the next-generation era and wireless speakers are the trend.

Although there are still more of wired speakers in the market and they are somewhat still the highest-selling speakers, it won’t be long and wireless speakers will take over fully.

Don’t be confused, whether wired or wireless, all speakers’ output high-quality sound based on the drivers and components hidden inside of them.

Even so, there are intuitive apps/solutions for controlling wireless speaker, while you can still rely on amplifiers to take care of the sound reproduction on wired speakers.

We have taken our time to put up this comprehensive article about wireless vs. wired speakers. Much information has been treated in this article.

however, our main essence for this article is to explain the relationship between how wired and wireless speakers can work together.

Also, we are open to your questions as regards wireless and wired speaker connections or set up.

The wireless transmitter set we used is tested and proven to be ideal for this activity. You can opt to buy the same set from Amazon from our link below.

Buy the Amphony iFinity Wireless Transmitter/Reciever at Amazon or Ebay 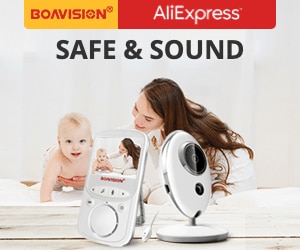 The best USB soundbar for TV

HOW CAN I WATCH HD CHANNELS ON HD READY TV

The best USB based speakers no one will ever tell you

By continuing to use the site, you agree to the use of cookies. more information